Real Estate Is A Lifestyle 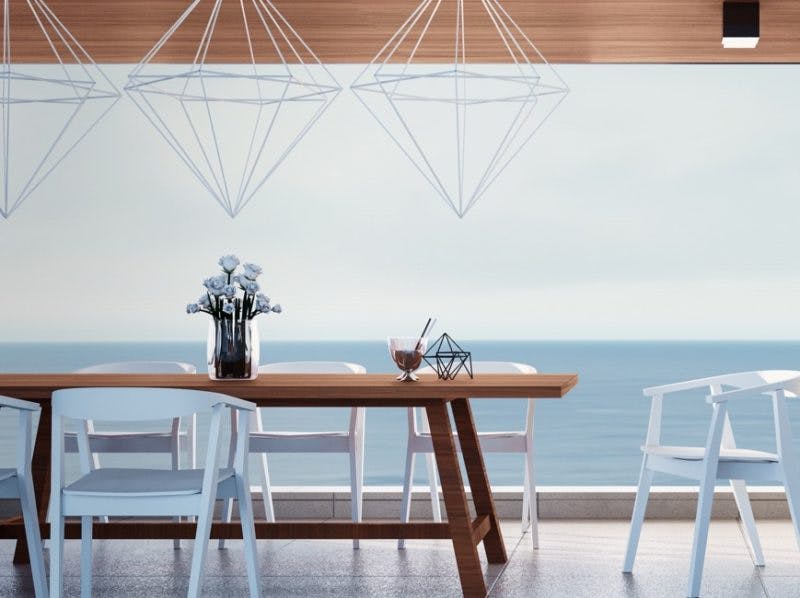 In Vancouver, it is always wonderful to see what beautiful talent our city has to offer. Local designer Dace Moore of self-titled label, d a c e, is no stranger to the fashion world having released her first collection over 10 years ago. And she only plans on growing more and more with adding a kid’s line, Little d a c e, and home wares to her already well established clothing line. Here Dace informs me of her values as a designer, how she’s grown since she first started, and reiterates her beliefs in a steady, positive, perseverance for success.
Words by Christina Chan 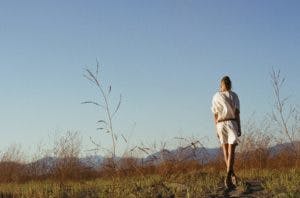 The City: I love the uniqueness of your name and self titled label, Dace. What’s the story behind it?

Dace Moore: Thank you! Well, my dad actually got it from a book he was reading at the time. I never found out the name of the book but people with the same name have emailed me from all over the world! If you Google it, it’s actually the name of a type of fish but I don’t actually know where my name itself hails from.

The City: Well, it’s a beautiful mystery! So I know you used to work with Sunja Link, but tell us everything else that led you here!

DM: Yeah! Sunja and I used to work together when we were really young. And we both decided to go to design school, except she went to Montreal while I already had a studio here in Vancouver where I was sewing and putting on fashion shows with a friend of mine. I was already selling in Dream and so was already actively doing things (in the industry) but didn’t know exactly how to move forward. That’s when I decided to go to design school. So, Blanche gave me a scholarship and when I graduated, I was lucky enough to land a job in the industry. At this job (United Snow and Skate), there were only 4 of us that ran the company so we really learnt a lot there.

The City: Did you feel that being the Production Manager and designer taught you the business side of fashion?

DM: Yes, I mean I don’t think I would have ever thought of starting my own company had I not worked there first and experienced all those different responsibilities. It definitely gave me the confidence to start up my own company.

The City: Is the business side vital to designers?

DM: Oh definitely. The actual design part is very small. I’d say it’s probably about 10% design, and the rest of the 90% is… well, everything else! I used to have a business partner who would deal with the business side of the company. When she left about 5 years ago, it was almost like I had to re-learn everything all over again. So looking back now, I wish I had been more involved with that.

DM: As a designer, I’ve grown a lot! We released the first collection in 2001 and it was small. We only sold to 3 stores, it was all consignment, and was all very basic. Since then, our fabrics have changed and we’re able to buy fabrics from different places like Italy, France, and Japan. Whereas when we first started, everything was more local. Even with sewing I’ve grown! I do a lot of my own sewing, so after 11 years, it has definitely changed. Having grown more in sewing, it has helped me design better because I know how to construct better pieces. When I first started, I only knew the basics so everything I constructed was also very, very basic.

The City: And in terms of pattern making, how has that changed?

The City: Any benefits as a Vancouver designer? 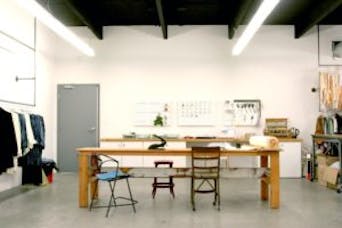 DM: I think there are pros and cons but I have had the best support in Vancouver. When I first started, it was really hard and it was negative to be a Canadian designer. Over the years, you’ve really watched that aspect change, which is nice. So it’s nice that we stuck to what we wanted to do since the beginning what with not doing overseas production and pretending to be someone we’re not.

The City: No desire to outsource or mass-produce?

DM: No. Especially with the new studio, the whole concept in here is that everything is handmade; either by myself or by my husband, who made all the furniture. I’ve also been doing some kids clothes and home ware, which allows me to get rid of any of the excess fabrics. The fabrics are all still beautiful and are just sitting there so it’s a nice way to get rid of it and use every last piece. The whole process has been good because I’ve been designing for so long, it has been fun to get more creative with kids stuff as I’m only making about one or two of each style.

The City: So your new collection is coming out soon for SS 2013, what does it involve and how were you inspired?

DM: Yes, it is! The spring collection has a lot of beautiful fabrics. Most of them are beautiful cottons from Japan while the other fabrics hail from Italy. There’s a lot of basics, a lot of button ups and cottons – stuff that’s easy to wear. Because I had just had a baby, that’s where my head was at – comfortable stuff that you can wear up or down. Nothing in particular inspired me, just the fabrics. I’m mostly inspired by fabrics and then create from that.

The City: Speaking of your fabrics from Tokyo and Italy, were they discovered through your travels?

DM: Yes well I’ve been to a few fabric shows in the past and there are a lot of reps that actually live here (in Vancouver) that represent French fabrics and so on. As for my fabrics from Japan, my Japanese wholesaler will send me swatch books of new textiles if I can’t make it out to their showroom in New York. 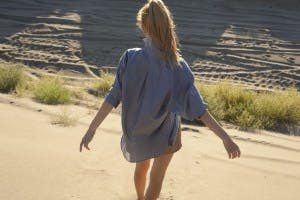 The City: Any growth plans for Dace?

DM: Well I’d still like to expand to where we already sell to but not necessarily where we manufacture. Right now we’re slowly growing again in the US. It has been a big transition since the economy crash in 2008 so it’s just been rebuild, rebuild, rebuild. Although, we do have a big international following online from the Philippines, Australia, all over!

The City: Any advice for aspiring designers?

DM: Just to go for it! I remember someone from design school being really negative all the time and that doesn’t do anything. I mean it is hard but if you have the motivation and drive, you should at least try your best.

The City: Was it a long process getting your name out there?

DM: Yeah, it was a slow process. We started with Canada and researched all the stores that we wanted to sell to and put all that into our business plan. Then we went across Canada and met with all the stores and eventually did the same with the US. Starting with Seattle and Portland and all the places we could actually drive to. We did it all very slowly and I’m not sure if that’s why we’re still around but it took about 2 or 3 years to even get to the trade shows in the states! So once we were at the trade shows, people kept seeing our name and all of a sudden, it switches to people contacting us.

The City: Through that long process, did you ever get discouraged? How did you get past that?

DM: As a designer, yes I definitely did get discouraged. I mean going to trade shows in LA and realizing just how many designers there are out there, it kind of makes you doubt yourself. I don’t know if I ever have got past that! Maybe it’s what drives me now.

The City: How are you finding it is to handle your personal life and design work?

DM: It’s good! My husband’s workshop is right next-door, which is kind of the reason why I moved locations. I also share the space with another artist and so it’s been a nice neighborhood. I like having my studio here because I can just come and go whenever I want. 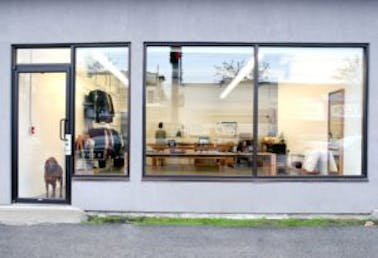 DM: Well, just having moved here in December, I’m looking forward to having a storefront to play with. I’ve been teaching design at John Casablancas Institute as a favor to Sunja, which has been fun. I thought I would be a lot more nervous than I actually was! Aside from that, I’m just going to see where this year takes me!

The City: Thanks so much for speaking with me!

DM: You’re very welcome! Thanks for coming to see us at our new location!